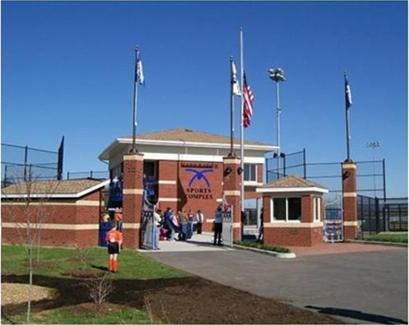 Harkrader Sports Complex (PDF) opened in 2006 and is located behind the Christiansburg Middle School. The complex has three lighted, multipurpose fields, two of which have 300 foot dimensions and are used for tournament play.

A central tower houses a concession stand and restrooms on the main level. The upper part of the tower has an umpire room, office, and room for scorekeepers, scoreboard operators, media, and staff. There is also a walking path, tennis and basketball courts (maintained by Montgomery County Public Schools), picnic tables, and two playground areas. 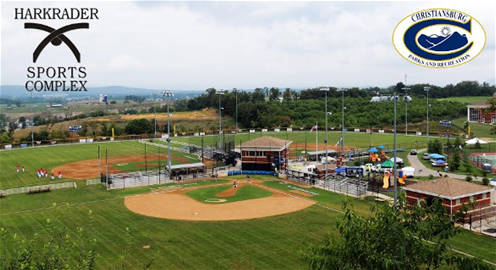