The Huckleberry Trail is an eight-mile, paved trail that connects Christiansburg to neighboring Blacksburg.

The Town of Christiansburg is continuing to expand the Huckleberry Trail toward downtown. The most recently completed phase, Phase II-D, extends the trail to the Food Lion Shopping Center on North Franklin Street.

Phase III was completed in May 2020 and extends the trail from the Food Lion Shopping Center to Christiansburg High School on Independence Boulevard.

Both portions of Phase III were constructed after additional funds were identified by VDOT to complete the project in it’s entirety. 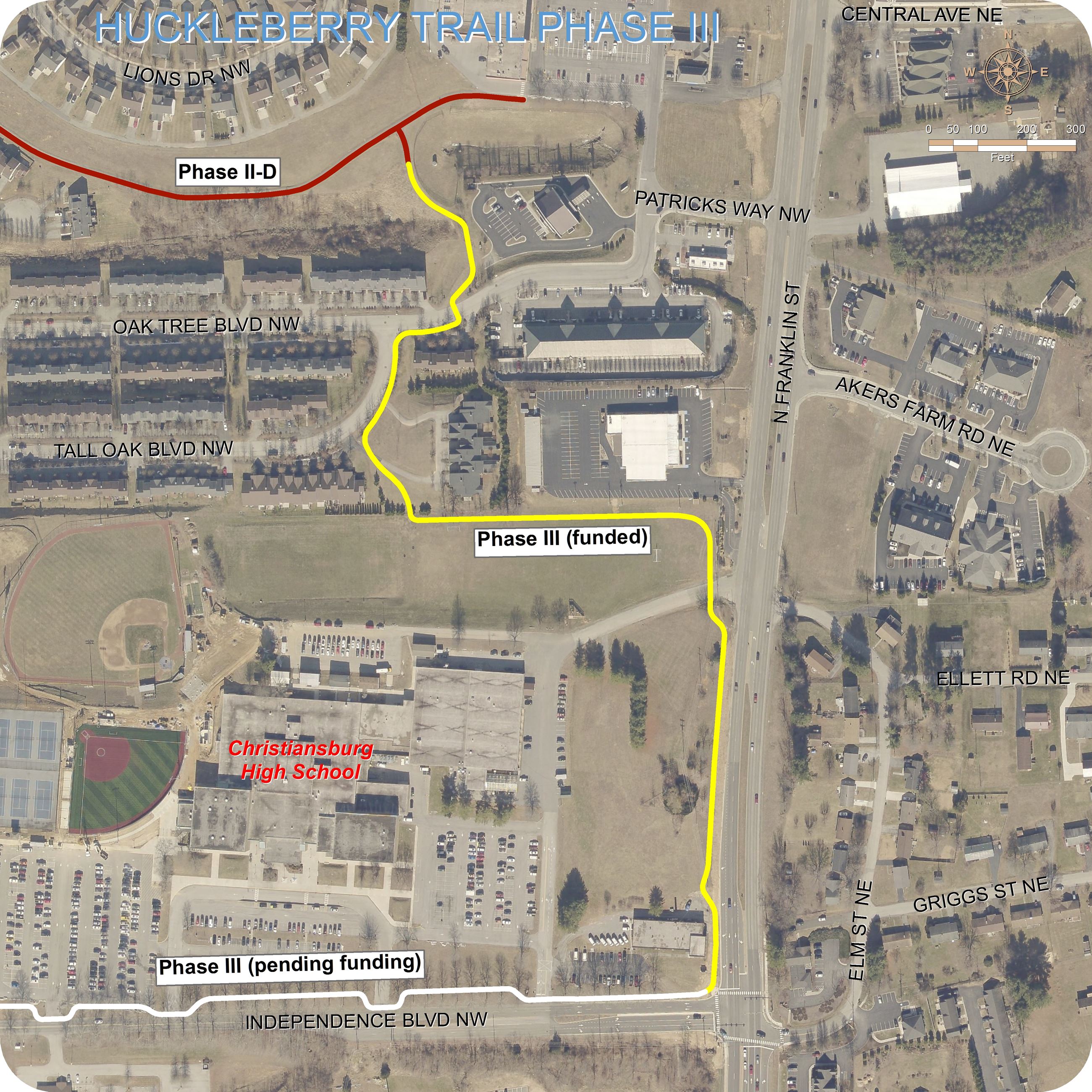 The construction cost for this phase of the trail was around $1.3 million. The Town received Transportation Alternatives Funding from VDOT totaling approximately $960,000, with the remainder coming from the Town’s General Fund.

If you have questions about this project, please contact Wayne Nelson, Engineering Director for the Town of Christiansburg, at (540) 382-6120, ext. 1147 or via email at wnelson@christiansburg.org.

Previously, the trail ended in Christiansburg at the rear of the New River Valley Mall. 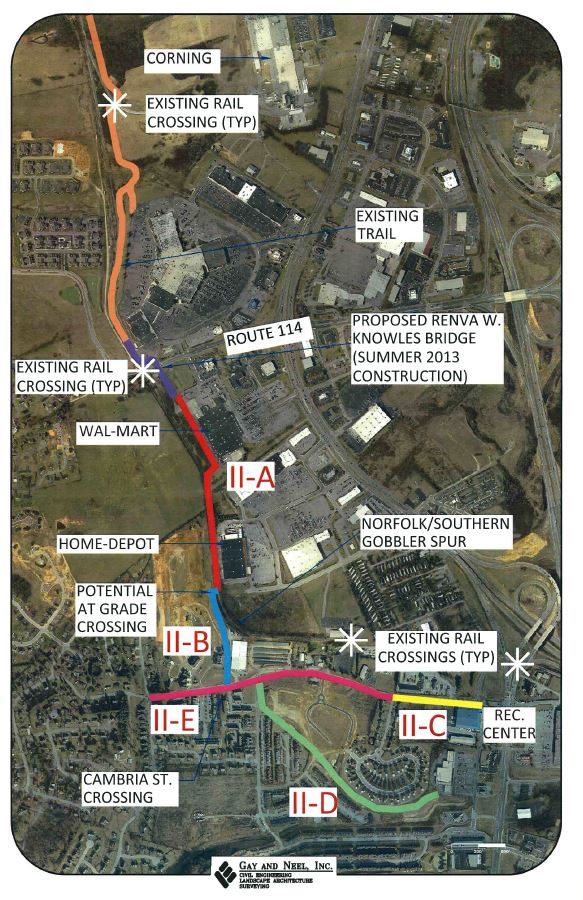